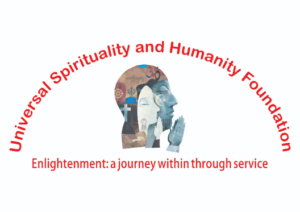 On 21st October from 12.00 to 13.30 BST (16.30 to 18.00 in India) the Universal Spirituality and Humanity Foundation will be hosting an online webinar about Reconnecting with Nature.

Reconnecting with nature is a wonderful way to connect ourselves emotionally and spiritually. We must value nature as the core of our existence as there is no greater teacher than nature itself.

After an introduction by Dr Rahul Varma and an address from Dr H.P. Kanoria, Chairman, Universal Spirituality & Humanity Foundation, four distinguished speakers with an enormous breadth of experience on values and the environment will discuss how we all need to recover our reverence for nature and learn to reconnect with it through our values. 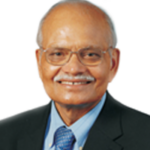 Dr H P Kanoria is Chairman of Universal Spirituality & Humanity Foundation. He is a renowned industrialist, banker, journalist, educationist, philanthropist, social awakener with the mission and vision for enhancing spiritual value service to humanity and taking up the cause for women awakening. Besides several humanitarian awards, he has been conferred The Global Man of the Year at the 3rd Annual Global Officials of Dignity (G.O.D) Awards, held in August 2015 at the United Nations Headquarters in New York. 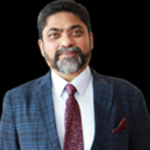 Dr Rahul Varma is a multifaceted Corporate Executive and Philanthropist with a distinguished career in diverse roles spanning over 35 years. A leader whether Corporate or Charity with a strong vision and dedication to his commitments. He has held Strategic Senior Positions with Large Companies in India as Director and President. He is associated with various Chambers of Commerce and has been instrumental in launching a nationwide initiative for promoting Spirituality @ Work (Sach Bharat- Sach Visva) as the chairman of the committee (ASSOCHAM). 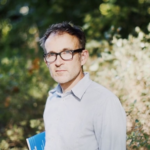 Matthew Pye has been a teacher for over 20 years, first in the UK, then Germany and now for 14 years in Brussels. For over a decade, he has worked with leading scientists in sustainability, with a focus on climate change. Most notably, in collaboration with Michael Wadleigh (Oscar Winner, dir. ‘Woodstock’ (1970) and Birgit van Munster (IPPC Expert Reviewer) he established the Climate Academy in 2011. This innovative work to hothouse gifted and talented students in the science and social realities of climate change was recognized by the offer of Full Membership to the Club of Rome (EU Chapter) in 2016. The Academy organized the first climate protest in the world to number more than one person – an example of the social entrepreneurial skills that are fostered. Their latest project, ‘“The Writing’s on the Wall” aims to go viral – to bring clarity and depth to media reporting on the climate crisis. The focus of this artistic project is the concept “cut11percent”, a climate change index that has been endorsed by the world’s most eminent climate 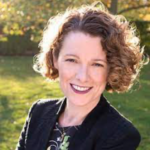 Kirsty Gogan a highly specialised international consultant offering thought leadership, strategy development and techno-economic expertise focused on multiplying and accelerating zero carbon technology options available for large-scale, affordable, market-based decarbonization of the global economy over a wide range of future scenarios. Kirsty is also co-founder, with Eric Ingersoll, of TerraPraxis, a new non-profit organisation working with an extensive global network to define, incubate and initiate scalable strategies that fulfil the twin missions of prosperity and decarbonisation. Kirsty’s volunteer work includes chairing the UK Government’s Nuclear Innovation Research and Advisory Board (NIRAB) Cost Reduction Working Group. She also co-founded and is now a board member of Energy for Humanity (EFH), an environmental NGO focused on large scale deep decarbonisation and energy access. Kirsty also sits on the Board of the US NGO, Nuclear Innovation Alliance and French NGO, Voices of Nuclear The US National Academies of Sciences, Engineering, and Medicine recently appointed her to serve on a new committee to identify opportunities and barriers to the commercialization of new and advanced nuclear energy technologies over the next 30 years. 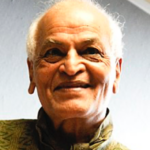 Satish Kumar is an Indian British activist and speaker. He has been a Jain monk, nuclear disarmament advocate and pacifist. Now living in England, Kumar is founder and Director of Programmes of the Schumacher College international centre for ecological studies, and is Editor Emeritus of Resurgence & Ecologist magazine. His most notable accomplishment is the completion, together with a companion, E. P. Menon, of a peace walk of over 8,000 miles in 1973–4, from New Delhi to Moscow, Paris, London, and Washington, D.C., the capitals of the world’s earliest nuclear-armed countries. He insists that reverence for nature should be at the heart of every political and social debate. 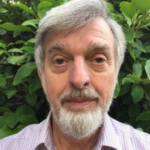 Paul Palmarozza has worked in management positions for 51 of his 56 year business career was initially employed for 16 years by the global computer company, Control Data, in both the US & Brussels. He founded the Principled Business partnership offering drama based ethics training. He is currently a Guest Lecturer at Regent’s University in their Business School’s Entrepreneurship Programme. For 48 years Paul has been a member of an education charity offering programmes in Economics and Philosophy based on both the teaching of the both western and eastern spiritual traditions. From 2012 until 2019 he was the Director of a charitable operation, Sanskrit @ St James. In 2013 he founded If I Can…CIC, a Community Interest Company, which provides the free If I can… values app offering daily reminders about fine natural values.